3 KEY LESSONS WE SHOULD ALL LEARN FROM ZIG ZIGLAR

Zig Ziglar was one of the greatest businessmen, fathers, speakers, and believers to have been alive. The way that he lived his life with humility, compassion, motivation, and excellence have left a permanent impact on those who have consumed the knowledge he offered freely. Here are three of the key things he taught us.

What does that mean? Well as Zig would put it, “Success is in the doing, not the getting; in the trying, not the triumph.” As an entrepreneur, I find myself so focused on trying to find the way to be successful. I think, “Man, if I could only get a certain place, then I’ll be successful.” However, Zig would say that is totally wrong. You see, according to his Christ-like philosophy success is in the action of working hard and with everything you have. It’s NOT in have a 7 figure income, a yacht, and three houses. Don’t get me wrong, that’d be nice, but that’s not success that wealth.

This is one his best quotes in my opinion, and it still has so much relevance to this day! Zig said, “People often say that motivation doesn’t last. Well, neither does bathing—that’s why we recommend it daily.” First, that’s funny! Second, that is so true! When we’ve bathed recently, we feel refreshed, energized, and ready to take on the world. However, as the day goes by that bathing loses its effect. Thus, you need to do it again to maintain your cleanliness. Motivation is the same way!

“You will get all you want in life, if you help enough other people get what they want.” Let’s just think about that for a second. Wow. That is so true, and I think that today we are finally learning about the truth behind this. With networking becoming such a huge new feature on things such as Linkedin, Instagram, Facebook, or Twitter, we are more connected than ever! With this we have the new ability to work together to build, create, and achieve what we want in life! Is that not incredible. 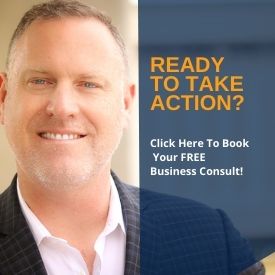